What is a protocol

If you look up the meaning of protocol in Kojien,

Why bother without a protocol?

Let's use sports as an example.

You can't play baseball if you don't know the rules of baseball.

Also, the opponent must know the rules of baseball.

In other words, if both players don't use the same rules, the match won't work.

Even in the real world, countries cannot build good relationships without protocols. Conflicts arise in politics, economics, and trade.

If done poorly, it may lead to war. In order for the two to have a good relationship, they need to have a promise between them.

The same is true in the networking world.

For example, when trying to communicate between two computers, communication is not possible unless many conventions (protocols) are agreed upon in advance.

Communication is not possible if any one of these is missing.

There are many protocols.

For example, RS-232-C for serial ports, V.90 and V.34 for modems, and ADSL and FTTH for broadband connections. Ethernet used in LAN is also a protocol.

As you can see, there are many different kinds of protocols. Among them, the TCP/IP protocol is the most popular and commonly used on the Internet and LANs.

As explained in "What is a protocol?" above, in order to communicate with each other, it is necessary to agree on protocols (conventions).

Nowadays, the TCP/IP protocol has become the standard for the Internet and LAN, but until a decade ago, each manufacturer had different conventions, and it was natural that communication would not be possible if the OS and manufacturer were different. .

Please see the diagram above. Since the protocols (conventions) are different from each other, it is not possible to communicate as it is.

Human communication is the same. Japanese who speak Japanese and Americans who speak English are the same as not being able to communicate well. In order to successfully communicate, either one of you will need to speak in the other's language, or you will need an interpreter.

The same is true in the world of communications. The following protocols are based on communication between each model.

*TCP/IP is standard in the latest versions of each OS.

Computers that use the same protocol can communicate, but communication is not possible if the model or OS is different.

TCP/IP has a long history. In 1960, DARPA (Defense Advanced Research Project Agency), a research agency of the US Department of Defense, established a communication protocol for ARPANET to enable communication between heterogeneous devices.

TCP/IP has become the de facto standard for the Internet and Ethernet, but real networks are a bit more complicated. Even today, there are more than a few computers on the network that use manufacturer-specific protocols. In that case, a gateway is required for interconnection.

Most of the protocols in the TCP/IP protocol system are summarized in documents named RFC (Request For Comment).

RFCs are publicly available documents published on the Internet by the IETF to develop specifications for standardization.

Each RFC document can be viewed on the IETF website. 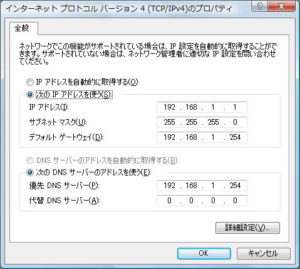 network at your fingertips