With FTP, you can upload files to an FTP server or download files from an FTP server after logging into the destination computer. However, since the user name and password exchanged at that time are sent in plain text without being encrypted, there is a risk of being intercepted.

If you want to perform secure FTP communication, you need to transfer files using FTPS (FTP over SSL/TLS) or SFTP (SSH FTP).

File transfer with FTP is command-based, but currently there are many dedicated FTP software that can be operated with a GUI in both Windows and Linux environments. With GUI tools, you can transfer files without being aware of commands.

A data connection is created each time by a command passed on the control connection, and is closed when the data transfer is completed. The data connection will transfer files while repeating connection and disconnection many times during one FTP communication.

TFTP stands for "Trivial File Transfer Protocol" and is defined in RFC 1350. "Trivial" means "insignificant", and you can see from the name that it is a protocol that is not as good as FTP.

TFTP is a protocol that simplifies the functions of FTP. Compared to FTP, the functions that can be used are limited and simple, and there is no user name and password authentication function or directory list browsing function. It also uses UDP to transfer files.

TFTP does not have the ability to browse directories, so you must know exactly what filename you want to transfer and where it resides.

Since TFTP is a simple protocol, it is suitable for communication with a small amount of data to be exchanged. However, in terms of reliability, it cannot be said to be highly reliable because it does not have an authentication function and uses UDP for transmission.

As a result, very few sites currently support TFTP due to security concerns.

Currently, TFTP is used for booting an OS on a diskless computer that does not have a bootable disk, and for updating or replacing the OS and firmware of network devices such as routers and switches.

If the transfer file is evenly divisible by 512 bytes, the server will send a data block with a data portion of 0 bytes at the end. 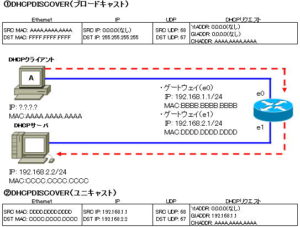 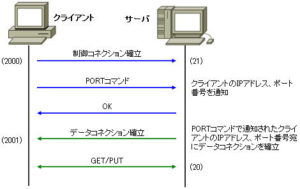