Wake On LAN is a function to turn on the power of a computer from another computer via LAN. By using this function, you can start up or shut down a remote computer from your local computer.

Wake On LAN is hereafter abbreviated as WOL.

I don't think there are many cases where file servers are built from the viewpoint of electricity bills at home. Also, even if you build a file server, you probably turn it off when you don't use it because it's a waste of money to pay for electricity.

WOL is convenient when you need a file saved on another computer. This is because you can turn on your computer remotely only when you need it, and shut it down when you're done.

The computer on the instructing side can issue instructions via wired or wireless.

To implement WOL, the remote computer must support WOL. The computer that instructs startup or shutdown does not need to be compatible.

All of the following conditions must be met.

To achieve WOL, the NIC must support WOL.

If the NIC is onboard, it is highly likely that it supports WOL if the Link lamp of the LAN card is lit even when the computer is off. Be careful if the NIC is a LAN card that plugs into a PCI slot. WOL may not be supported.

The LAN card in this photo supports WOL.

If you enlarge the photo, you can see that it has a WOL connector. If you look closely, you can see WOL stamped on the base.

By connecting the LAN card to the motherboard with the included WOL cable, power will be supplied to the LAN card even when the computer is turned off.

Now you can receive WOL MagicPacket signals. The Link lamp of the LAN card will light up even when the computer is turned off.

To use WOL, you have to configure the BIOS.

If your motherboard supports WOL, there should be a WOL setting item in the BIOS settings screen.

Set the item corresponding to WOL to "Enabled" to enable it.

If the BIOS does not have such an item, WOL cannot be set, but it is not necessarily written as Wake On LAN. Let's expand the menu and check if there is such an item.

To use the WOL function, it is convenient to use WOL software. Here, I will introduce a free tool called " Wake Up On Lan Tool ". There are some other free tools as well.

It supports remote boot/remote shutdown and is easy to set up and operate. Of course, the Japanese display makes it easy for beginners to operate.

Enter the host name, IP address, subnet mask and MAC address of the remote computer and click the "OK" button.

Right-click the registered remote computer to display the menu.

If the settings are correct, the power of the remote computer will be turned on at the same time as clicking, and booting will start.

WOL must be supported by the NIC, power supply, and BIOS (motherboard). 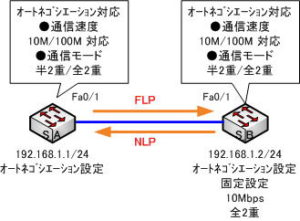