Telnet (Telecommunication Network) is a function used to remotely control a remote computer by defining a model-independent virtual character terminal on a TCP/IP network.

Operations in Telnet are CUI-based. Remotely log in to the other machine from the command prompt (shell) and execute the command.

Telnet was originally developed several decades ago, when computers were still very expensive, and many low-priced, low-performance character terminals (dumb terminals) were placed on one high-performance host computer and connected to the host computer through a serial port. It was used in the style of logging in and using it.

It was a must-have protocol at the time, but it's not obsolete today.

Nowadays, we are used to Windows-based GUIs and telnet may seem poor. However, the connection establishment and control are also simple, so you can connect quickly.

As a result, it is very useful for remote control of servers and network devices on the network, and is widely used because of its high utility value.

In the above "What is Telnet?", we explained that Telnet is convenient and convenient for remote control of servers and network devices on the network.

However, Telnet's convenience and security risks are two sides of the same coin.

If you're used to Windows-based GUIs, Telnet's capabilities may seem weak at first glance, but once you're logged in, you can do most of what you can do on your local machine.

For those who understand computers, being able to perform various operations is very convenient, but what if the person logging in is a malicious third party?

There is a danger that stored information will be leaked or destroyed, and that it will lead to various damages.

In other words, it is desirable to restrict Telnet as much as possible for access via the Internet and access via the company network. Telnet services should be avoided whenever possible.

Telnet also has the problem of exchanging authentication information for login and communication contents after successful authentication in plaintext. This issue is also undesirable from a security point of view.

If packets are tapped, communication contents and authentication information may be leaked, leading to various damages.

Encrypted login methods such as SSH are preferable to Telnet, so if you consider the operation here or if the remote login method is limited to Telnet, such as a router, you do not need to log in remotely. operation must be considered. 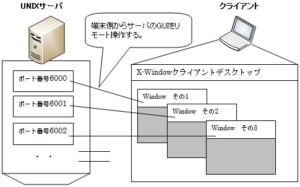 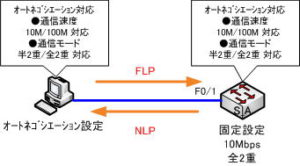