PPPoE (PPP over Ethernet) is a protocol for using PPP functions via Ethernet.

PPP was originally developed for connecting to a network by dial-up or ISDN, and PPPoE enables PPP to be used in environments where ADSL and FTTH services are always connected.

PPPoE, unlike PPP, identifies both computers by the unique MAC address burned into the NIC and establishes a virtual circuit between them. Then, PPP packets can be exchanged on that virtual circuit, and the user name and password can be checked.

PPPoE is now the Internet standard protocol for broadband connections.

IP packets are extracted from the MAC frames sent from the PC at the broadband router.

The flow for browsing the homepage is as follows.

When a web browser accesses a destination web site, the web browser notifies the other web server of the maximum data size value it can receive.

No matter Windows or Linux, if the PC running the web browser is directly connected to the web server, no problem will occur.

However, connecting through a broadband router can cause problems.

The default MTU of 1,500 bytes and MSS of 1,460 bytes set by the web browser will exceed the maximum packet size of 1,500 bytes that can be carried by Ethernet.

Therefore, recent routers that support PPPoE rewrite the MSS and send it when the MSS determined by the PC exceeds the value determined by the router. Some models allow you to specify the MTU (MSS) value with a command.

* MSS is specified by Max Segment Size in the TCP option field.

Also, some routers are set to much smaller values ​​than the original theoretical values. This is because a margin is provided in consideration of the effects of encapsulating packets on the WAN and using tunnel protocols for communication.

In any case, the router has to divide the packet and transfer it, which causes a problem that the transmission efficiency deteriorates.

The procedure for establishing a PPPoE session is shown below.

First, the PPPoE client sends a broadcast across the network. This is because the client looks for a PPPoE server that accepts PPPoE communication.

A PPPoE server that receives a broadcast PPPoE start message returns an offer message to the client.

A client that receives an offer requests to start a session. The PPPoE session is then established by the PPPoE server sending a confirmation message with the session ID.

After the PPPoE session is established, PPP negotiation begins.

PPP can check user names and passwords on dial-up connections such as telephone lines and ISDN lines.

Unlike PPP, PPPoE identifies both computers by the MAC address of the NIC, establishes a virtual circuit between them, exchanges PPP packets on that virtual circuit, and checks the user ID and password. It is now possible.

By operating the user ID in the format of "user name@provider name", multiple providers can be selected. The character string after @ identifies the provider name.

By using PPPoE, user authentication and IP address assignment are possible even from a LAN (Ethernet) like a dial-up connection (PPP connection). , is widely adopted.

The diagram below shows how multiple ISPs can be selected using PPPoE and PPP.

By using PPPoE in this way, carriers can identify users, adjust bandwidth for each user, and check security for each user.

PPPoE was originally provided as PPPoE software by telecommunications carriers, but has been implemented as standard since Windows XP. Also, many broadband routers now support PPPoE.

PPPoA is an abbreviation for "PPP over ATM" and is a protocol for PPP connections over ATM networks. PPPoE, on the other hand, provides a PPP connection over Ethernet.

Phones and ISDN have PPP servers that provide dial-up connection services. PPPoA and PPPoE are technologies developed to use this mechanism as it is.

With this technology, ADSL Internet can be provided by simply performing the same procedure as dial-up connection.

PPPoA was originally developed to use PPP with ADSL. That's because ADSL had come to communicate with ATM technology.

However, ATM requires VC to manage the path, which is very expensive. Also, since it is not a communication technology for personal computers that general users can easily use, there was a problem in introducing it. Therefore, PPPoE was developed.
*Separate software is required when using with Windows.

PPPoA is not widely used today. 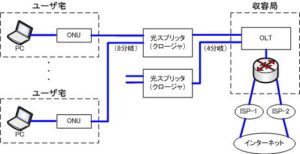 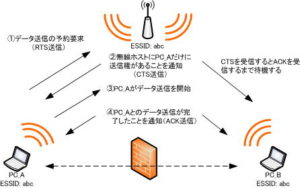