Here, we will explain a technique called stateful inspection that strictly specifies return packets. This technique also looks deep inside the TCP header.

A TCP header is constructed as follows:

In TCP communication, we look at the "ACK" in the code bit section to determine whether to pass or block, and also check the sequence number.

This sequence number is the number needed to reassemble the received packet. Since packets may not arrive at the other party in the order in which they were sent, TCP uses this number to sort the packets.

There are various types of firewalls that implement the stateful inspection function, from those that only check this sequence number to those that check even the data part in the packet.

To set up a firewall, we need to define a filtering table. At this time, it is not possible to define filtering conditions without understanding how applications communicate, the flow of communication procedures, and their characteristics.

Many applications use TCP or UDP as the transport layer protocol for communication.

First, you also need to know whether your application communicates using TCP or UDP, and what port number it uses.

The main TCP/UDP port numbers are shown in the table below.

In TCP, communication is performed by synchronizing with a mechanism called three-way handshake. Specifically, this is done by exchanging packets consisting of a SYN (synchronization control bit) and an initial sequence number in the following procedure.

When specifying filtering conditions, you can specify whether to check for "ACK" or "SYN".

However, some applications also have protocols that perform complex communications.

FTP communication has the following characteristics.

In the firewall settings, we will set the conditions to allow this complicated connection to pass without blocking it.

Understanding and defining application-specific communications is critical to specifying firewall filtering criteria. This is because application communication will not be established if the packets necessary for establishing a connection are blocked. 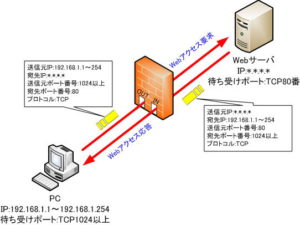 Difference Between Static and Dynamic Filtering 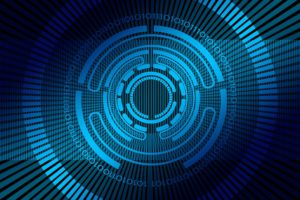 Port numbers that should be blocked by filtering