MIB objects are managed in a hierarchical structure as shown below.

OIDs are expressed as numbers separated by periods.

The agent notifies MIB information in response to a request from the manager, and notifies the manager of a change in device status from the agent using a trap.

These notifications allow the manager to monitor the state of the network.

SNMP can monitor network status by the following three types of operations.

The basic operation of SNMP is polling, in which the manager issues a command and the agent responds to it. It is also possible to make a notification called Trap from the side.

5 Commands to Perform Kinds of Functions

A community name is a character string that acts like a password between a manager and an agent, and is used to group devices to be managed. If the community name does not match, communication will not be possible.

The PDU has five types of data corresponding to SNMP commands, as shown in the table below.

● PDU from manager to agent

● PDU from agent to manager

◆ Requests from managers to agents and their responses

The manager uses GetRequest to specify one or more objects by OID and request information acquisition of the objects. The agent responds with GetResponse.

The manager uses GetNextRequest to specify one or more objects by OID and request information acquisition of the hierarchically next object. The agent responds with GetResponse.

◆ Management information update request from manager to agent and its response

The manager uses SetRequest to specify one or more objects by OID and requests to change the information of the objects. The agent responds with GetResponse.

◆ Notification of status change from agent to manager

When the agent detects a specified event, when an error occurs, or when the threshold is exceeded, the agent spontaneously notifies the manager with a trap. 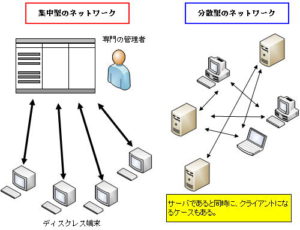 What is SNMP? Manager/Agent