Each node manages data called a DNS zone, which is name resolution information about its own domain.

The unit of data contained in a zone is called a "record", and there are types as shown in the table below. Records handle not only the information on the correspondence between host names and IP addresses, but also various information such as host name aliases.

Specify the zone information as follows.

The record types are as follows.

Zones can be abbreviated. The basic abbreviation rule is that "if you don't write it explicitly, the previous description is set."

A zone can be defined concisely by describing the zone according to the rules of abbreviation.

Using DNS to subtract the IP address from the domain name is called forward lookup.

For example, to obtain the IP address from the host name "www.sales.company.co.jp", an inquiry is made from the root name server that exists above the top level domain (TLD).

At first glance, there seems to be nothing above "jp", but in fact there is a higher hierarchy, and there is a root domain represented by "root" or ". (dot)".

The query flow is as follows.

In this way, you can reach the target record by following the lower layers from the root name server to the record you need.

Reverse lookup is useful for log analysis of servers, etc. What if the logs only knew the IP address of the access source?

The IP address alone is just a series of numbers, and it is not convenient when analyzing which computer or site the access came from.

In this way, with DNS, it is possible to obtain an IP address from a domain name and vice versa.

An IP address is expressed by separating each octet with a "." (period), such as "192.168.1.10". Therefore, in "reverse DNS lookup", each octet corresponds to one subdomain name in DNS.

The diagram below illustrates the flow of forward and reverse DNS lookup.

In this way, reverse lookups look like they are lined up in the opposite direction when you look at the notation, but by tracing the DNS tree in order from the top, you can resolve names in the same way as with forward lookups.

For forward lookups, we searched for A records, but for reverse lookups, we look for PTR records. 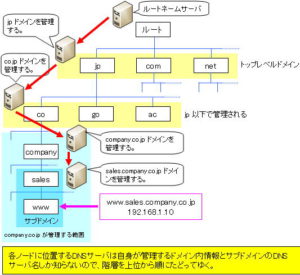 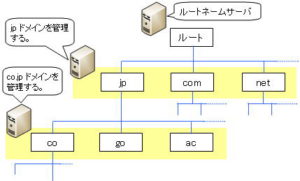