By using the DHCP relay function, you can build a network as shown in the figure below. DHCP servers can be aggregated and managed by a single DHCP server.

Set a scope for each segment (network) on one DHCP server.

So how does the DHCP server identify segments (networks) and assign different configuration information to each segment?

The IP address of "GIADDR" in the DHCP message identifies which subnet the IP address is assigned to and assigns the IP address. If there is no "GIADDR", it is recognized as the same segment.

Before forwarding a packet, store the IP address of the router for that segment in the GIADDR field of the packet. Now when a DHCP client gets that IP address, that address will be the gateway address for the client.

DHCP is an extension of BOOTP, and the message format etc. are almost the same.

The diagram below shows the DHCP message format.

The main items of the DHCP message are shown in the table below. 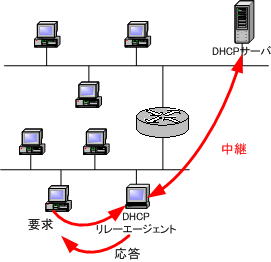 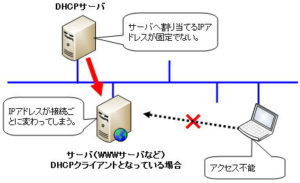