One of the characteristics of wireless LAN is that anyone within the radio wave range can intercept the contents of the communication, so security becomes a problem. Therefore, there are various methods for wireless LAN security. Here, we will explain the types of wireless encryption.

The order of encryption strength is AES, TKIP, and WEP in order of strength.

Other wireless encryption standards include WPA, WPA2 and IEEE802.11i.

Since it is difficult to understand the relationship between these standards, they are arranged as shown in the figure below.

This is a security standard that the Wi-Fi Alliance established in October 2002 in anticipation of part of the IEEE802.11i specification. It uses an encryption method called TKIP, which is an improved version of WEP's RC4 encryption method.

It is an improved version of WPA with enhanced security, and uses the same AES as WPA-AES for encryption, but uses a method called CCMP, which is a more advanced version of TKIP, for the encryption key generation method. WPA2 is currently the standard with the highest encryption strength.

WAP3 is a Wi-Fi security protocol announced by the Wi-Fi Alliance in June 2018, following WPA2.

Wireless encryption started with WEP and increased the strength of encryption to WAP2. Therefore, WPA3 was announced to make security stronger.

With WPA3, for example, even if the password is decrypted, it will remain encrypted unless it is your own device, so you can prevent the decryption of Wi-Fi.

It is a standard that overcomes the vulnerabilities of conventional wireless LANs by adopting WPA and AES. The IEEE took too long to approve this standard, and the Wi-Fi Alliance preemptively standardized part of the IEEE 802.11i standard as WPA, which is a bit confusing. 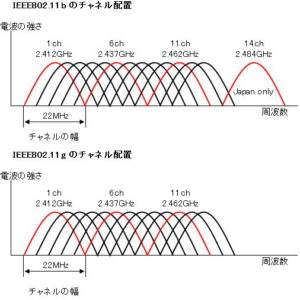