Originally, IP addresses were classified into Class A, Class B, and Class C, and were operated in an address system in which the network address part and the host address part were separated in 8-bit units.

In this method, the subnet mask is determined from the beginning.

This is called classful addressing .

With this addressing method, the size of each network is determined as follows.

This is where a mechanism called a subnet mask comes into play. This makes it possible to operate a single network by dividing it into smaller parts. With this mechanism, it is possible to reduce the number of IP addresses that are wasted.

It cannot be used in networks with more than 254 hosts. Therefore, we would like to use a class B address, but IP addresses are in short supply and it is difficult to obtain a class B IP address.

So look at the diagram below. As shown in the figure below, class C addresses can have 510 host addresses (2 9 -2) if the network address is changed from 24 bits to 23 bits .

In this way, by eliminating class boundaries and freely allocating addresses, it is possible to allocate addresses that match the size of the network.

This addressing method is called classless addressing, and CIDR is the concept that enables routing in this classless allocated network.

Here, I will explain the problems of classful routing.

Classful routing can only route correctly with classful addresses.

Therefore, each network can only be assigned a classful address with the network address part and the host address part separated in 8-bit units.

This means that you allocate addresses that are not the correct size for the network to which they apply. For example, suppose you assign a Class C IP address to your WAN link as shown in the diagram below.

In situations like this where only classful addresses are routable, a significant amount of IP addresses is wasted.

In large networks, routers have to learn a huge number of networks. Therefore, the number of entries in the routing table becomes enormous. It is said that there are hundreds of thousands of networks on the Internet.

As the size of the routing table increases, the CPU and memory of the router will be burdened and the overhead will increase. Searching through this huge number of entries for each received packet would be a very heavy task.

Classful routing has limitations. By consolidating multiple networks into one, it is necessary to reduce the routing table size and reduce the burden on CPU and memory. This is called route aggregation.

Depending on your network layout, especially if you have discontinuous subnets in place, they may not route correctly.

In a classful environment, routing has many restrictions. You'll run into problems with class boundaries. For example, route information for a network different from the sending interface will be sent updates to neighboring routers as classful network addresses.

For RIP, load balancing occurs when there are multiple equal-cost paths. In other words, at this point, it means that routing cannot be done correctly.

Thus, classful routing has its limits.

By eliminating class boundaries called CIDR, you can now understand how important it is to be able to allocate IP addresses freely and to enable routing in a classless addressing environment. 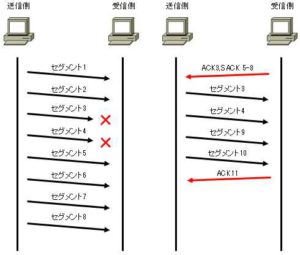 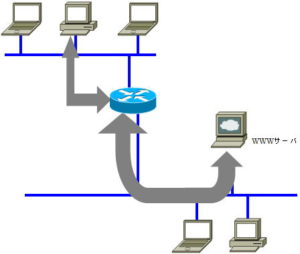