This section introduces the network equipment corresponding to each layer.

The diagram below shows network equipment by hierarchy in the OSI reference model.

These devices are machines that are necessary for extending or connecting multiple networks.

Repeaters and hubs extend the network. Bridges and switches connect networks at the data link layer.

Routers interconnect different networks. A router uses an IP address, which is a Layer 3 address, and can perform advanced route control and filter links between networks. Layer 3 switches are gaining popularity these days, as they are becoming faster and cheaper.

Gateways relay networks with different architectures at Layer 4 and above.

Correspondence between each layer and network equipment

Various devices exist in the network.

To simply expand your network, connect repeaters and hubs.

The device to be used for connection depends on the hierarchical level of the connection.

Among these, routers are devices that can be connected at the network layer, and are generally used for WAN connections. Routers can connect networks at the IP layer, so advanced routing and filtering are possible.

A repeater or hub is a device that operates on layer 1 of the OSI reference model.

The transmitted signal degrades or weakens as it moves away from the source due to noise effects and cable resistance. Eventually, it becomes impossible to recognize it as a signal.

Repeaters and hubs shape and amplify this degraded signal.

Repeaters are a rare sight these days. A repeater is used when you want to extend the cable with 10BASE-5 or 10BASE-2.

Without repeaters, you can only connect up to the distances shown in the table below.

Hubs are rarely seen these days. This is because switches operating at Layer 2, which were previously expensive, have become very cheap.

Layer 1 devices do not control traffic by looking at MAC addresses or IP addresses. Repeaters and hubs only shape and amplify degraded signals.

For example, a hub forwards incoming traffic to all ports except the port on which it was received.

Also, delays and electrical characteristics limit the number of repeaters and hubs that can be connected. 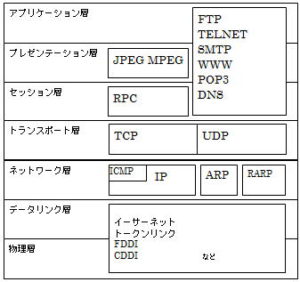 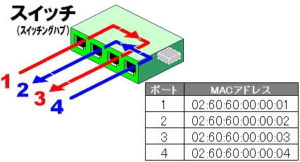