Today, broadband has penetrated not only companies but also homes, and high-speed Internet is always connected. The Internet we use today is supported by TCP/IP technology.

Nowadays, the Internet has become a familiar part of our lives as line charges have become cheaper, but originally the TCP/IP protocol was often used on LANs.

Now, I will briefly explain the outline of the communication mechanism of this LAN.

In a single LAN where several computers are connected, the source computer sends packets with destination information in the header. For example, when sending from computer A to computer E, how does the packet flow over the network?

Is the data sent in a straight line from computer A to computer E?

Packets sent from computer A may appear to be sent only to computer E, but in Ethernet packets are duplicated and forked at circuit branch points.

It may be easier to understand if you imagine a case where several power strips are connected in a row.

Packets are sent to all computers B through E connected to the network. However, computers B to D discard the mail because the address written in the destination is not addressed to themselves.

Only computer E, the correct recipient, responds and receives the data. Because of the data being sent in this way, it feels like the data was sent from computer A to E only.

But what happens when you scale your network this way?

A single packet sent by a single terminal within the LAN is replicated one after another, flowing throughout the LAN and even to the Internet. And very quickly the entire network becomes saturated.

In the network configuration above, routers are installed at the boundaries of the network.

A router is a device that connects different networks. A router looks at a destination address and only sends packets to networks that appear to be in the vicinity of the network corresponding to that destination, preventing packets from flowing along unnecessary routes.

Selecting a route in this way is called routing (route control). 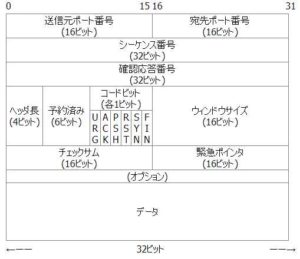